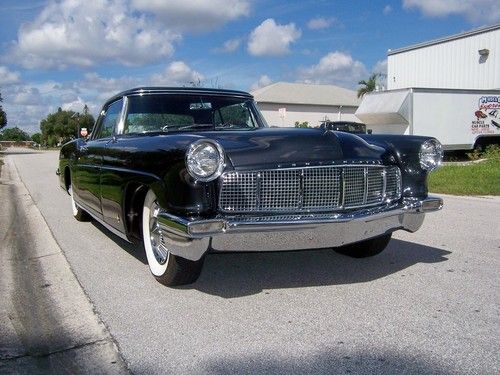 Condition: Used: A vehicle is considered used if it has been registered and issued a title. Used vehicles have had at least one previous owner. The condition of the exterior, interior and engine can vary depending on the vehicle's history. See the seller's listing for full details and description of any imperfections. ...
This 57 Lincoln was restored locally several years ago by Palm Beach Garage. They are very well known for their work. This was a frame off restoration and the car has been driven sparingly around the N. Palm Beach Gardens area. It is finished in a Metallic Grey and striking red leather interior. This car runs and drives nicely, as it should. It also has an aftermarket AC system in it. The restoration alone on this car was over 6 figures. For any other questions feel free to call 954-465-9357 Mike