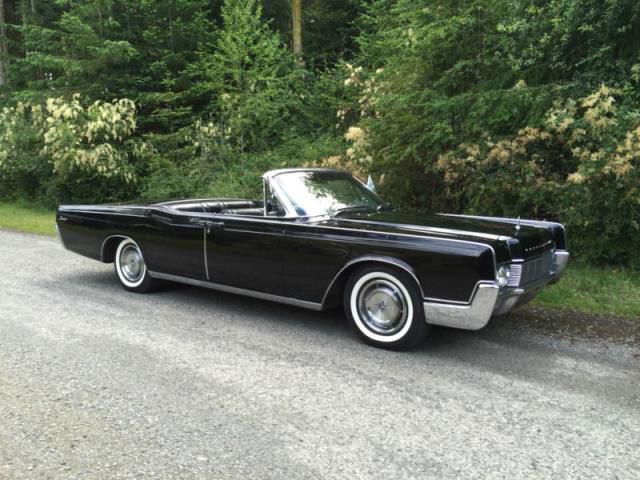 Please don't hesitate to contact me with any questions : lionelcasanovakeu@inmano.com

1967 Lincoln Continental Convertible This is a very hard-to-find original car in excellent condition with only 66,685 miles. The car has always been garaged kept. It is time for a new caretaker. This car is all black: black paint, black interior, black roof. The ride is sublime: it just floats down the highway like no car built today. The interior is completely original. The car was mechanically restored and painted in the ‘80s (we have a pile of receipts from that restoration, as well as every receipt since). It still shows very well. This car is so fabulous that it has been specifically requested to be shown in auto shows alongside high-dollar concours cars. We also have frequent requests to provide the car for weddings, parades, and much more. Everything on the car works except for the cruise control (call for details), and the intermittent clock.