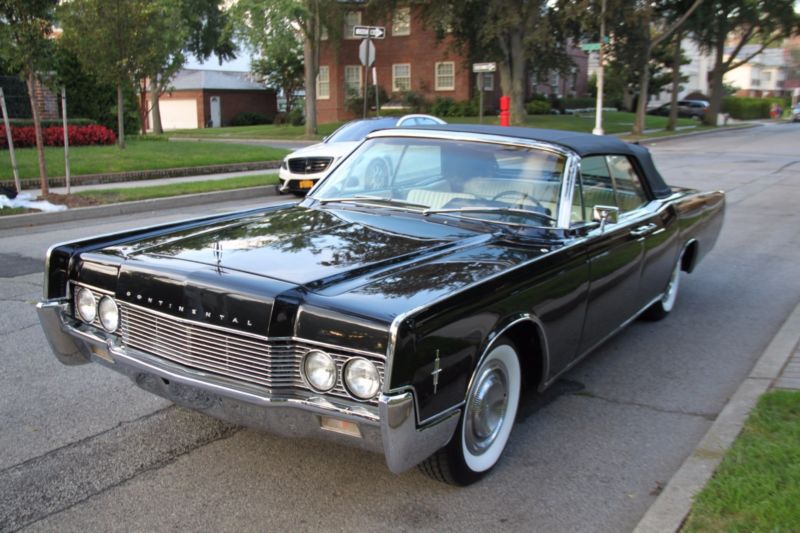 1966 Lincoln 4 Door Convertible VIN # 6Y86G413847, one of a limited
production run of 3180 produced in 1966. We acquired this car in April of 2010. This car has been in restoration
for almost 6 years, the car was recently completed and just this June Bakers Auto of CT went over the whole car and
made all the necessary repairs to make sure this is a reliable and truly original 66 Lincoln. It took us months to
find the correct car and this vehicle was a clean rust free, complete car with original paint and no prior body
work. We have restored this car to its original condition; only a few small things have been upgraded like the
brake master cylinder, AC converted to R134A, Dynamat added to the floor panel, and exterior color changed to
black; otherwise this car is completely original. No expense was spared to use NOS or rebuilt parts to keep the
cars originality and to make sure it drives and works like new, just like it was in 1966. All original parts were
saved and will be passed on to the new owner. This was not a frame off restoration but came very close to it.
Please review all the pictures and you will observe that the engine and transmission were removed and parts around
them were sand blasted and coated in either paint or POR-15 to protect the chassis and frame cross members from
rust.