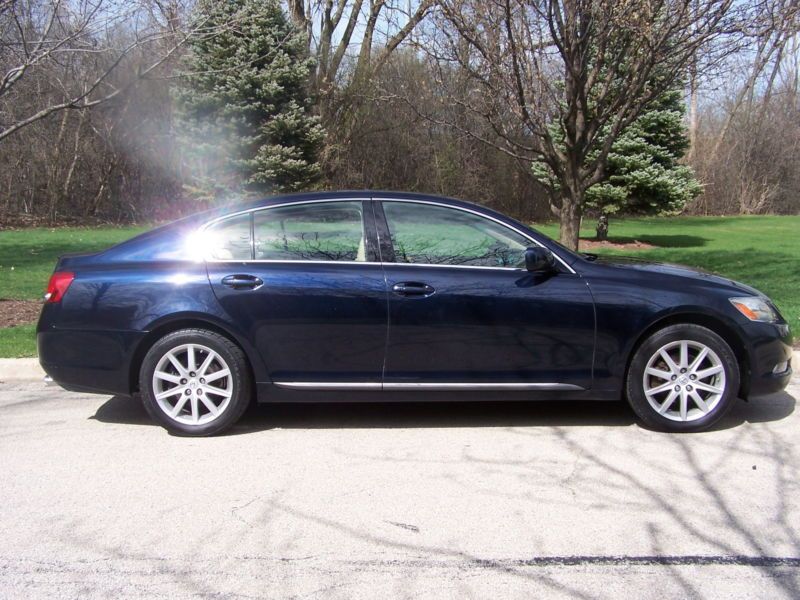 This is probably one of the better Lexus GS300 AWD vehicles available for sale today.
When I decided on a Lexus GS300 AWD in March of 2018, I looked at every one that came on the market within a 150
mile radius. This was by far the best one I found. I think I looked at and drove more than thirty. There were many
that advertised an “accident free” history, but when I got there the car had obviously been hit. There even was
one that the seller insisted had never been in an accident, but the back door could not be opened more then 18”
wide, and made much noise when being opened. I must confess that I am a very discerning buyer when it comes to
cars. This car had the full history from when the car was first purchased from the dealer, was the cleanest inside,
and the body showed NO evidence of ever having been hit. I looked for three months before finding this car.
The car has 111.650 miles on it, but many of the engine parts are NEW. Since I purchased the car in June of 2014
the following parts on the engine have been replaced:
New alternator, December 2018
New gasket kit, December 2018
New piston ring set, December 2018
New gasket, December 2018
New water pump, December 2018
This 2006 GS300 Comes With Remote Engine Start, Navigation System That
Includes: Navigation System with Compass and Rear Camera, Rain Sensing Wipers Includes: Rain-Sensing Wipers w/Mist
Control, Adaptive Front Lighting System and Headlamp Cleaner, Rear Spoiler, One-Touch Open/Close Moonroof, Rear
Sunshade, Ventilated Seats Plus Lexus Personalized Settings. Performance Features Include: 3.0 Liter 245HP Direct
Injection 24-Valve V6 Engine with Dual Continuously Variable Valve Timing (VVT-i) 6-Speed Sequential Shift
Automatic Electronically Controlled Transmission w/Intelligence (ECT-i) All Wheel Drive Front Independent
Double-Wishbone and Independent Multi-Link Rear Suspension Gas Pressurized Shock Absorbers w/Front Rebound Springs
Vehicle-Speed Sensing Progressive Power Rack- and-Pinion Steering 4-Wheel Pwr Assisted Ventilated Ft/Rr Disc Brakes
17" Alloys w/225/50R17 V-Rated Run Flat Tires, Safety Features Include: Dual Front Airbags, Fr. Seat-Mounted Side
Impact Airbags, Front & Rear Side Curtain Airbags, Driver's & Front Passenger Knee Airbags, Supplemental Restraint
System (SRS) 3-Point Safety Belts All Seating Positions, Front with Manual Height Adjustable Anchors Front Seat
Belt Pretensioners w/ Force Limiters Hgt. Adjustable Headrests.