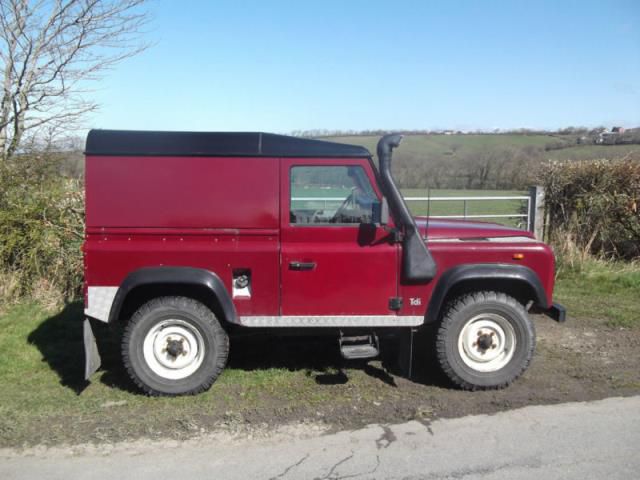 1987 Land Rover Defender 90 300 TDI VIN - SALLDVBC7AA261705 Up for sale is my Land Rover Defender 90 300 TDI, finished in Maroon Red with only 135,000 on the clock. I imported this vehicle into the States recently and have registered it with the state of Tennessee, it has clear title. This is a stunning, rare vehicle and although 28 years of age, it is in fabulous condition. The engine is the best engine for the car which is the bomb proof 2.5 TDi 300 series. Before I imported the vehicle I had the cambelt replaced by a Land Rover specialist garage in the UK and also had the car serviced (documentation to prove). The car is a 5 speed Manual and is right hand drive, very unusual and sought after! The 5 tyres are all good and were replaced under 1000 miles ago, they are Michelin. There is only 135000 miles on the clock which is nothing for this engine.