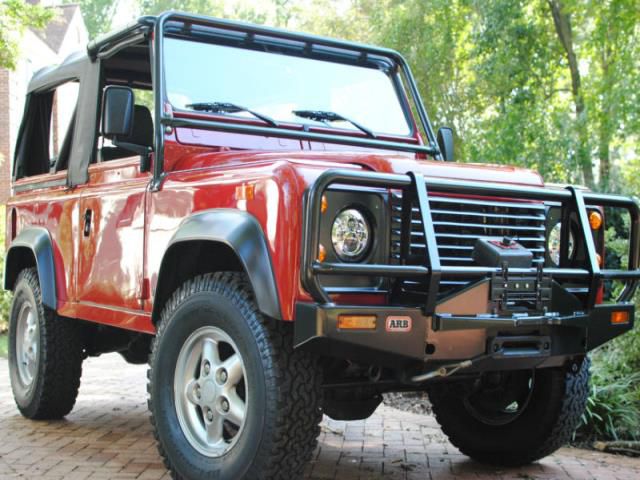 1994 Land Rover Defender 90 with 43k original miles. Truck is the 75th that was imported into the US the first year the NAS spec was imported in 1994. I'm the second owner and based in North Carolina. The truck lived the first 40k+ miles of it's life in Nevada so it's completely rust free. I just had 4 brand new BFG All Terrains put on it and removed the roof rack but it will naturally come included with the sale of the truck. The bad first- 1/2" tear in the driver's seat cover, two small paint pops on the right and left rear quarter panels (see attached pictures) and the top is original so it's a bit dated. Now for the good- below is a list of the work I had done approximately 3 months ago:Complete re-painting (original portofino red color)New rubber gaskets (including windshield gasket)New stock suspensionNew stainless steel hardwareNew alloy hingesNew diamond plate fender tops and rear quartersARB front bumper9000lb Warn WinchNew front matting systemNew cargo matting systemCharged A/C'Raptor' lined rear cargo area to insulate and deaden soundLED front, side, and rear lightsRe-foamed seatsFeel free to reach out with questions.