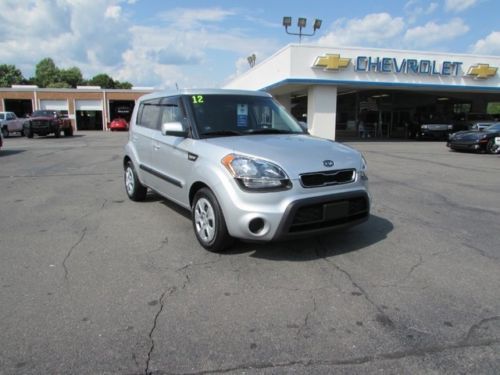 Kia is looking to bolster its premium-car lineup beyond newly conceived products like the Cadenza and Quoris. Perhaps the best evidence of this initiative, to date, is the Cross GT Concept that has just been unveiled at the Chicago Auto Show. Showing a larger, more premium crossover to slot in above the Sorento, the Cross GT Concept hints at a future product that could be what the ill-fated, body-on-frame Borrego never had a chance to be.
Compared to the current Sorento, the Cross GT Concept is 8.4-inches longer, 4.9-inches wider and rides on a wheelbase that is increased by 15.7 inches, and it shows a new possible styling direction for Kia as the automaker continues to attempt to venture up market. Some of the upscale styling cues include the clamshell hood. upright front end with signature Kia tiger nose grille and the multi-panel panoramic roof. The true luxury of the Cross GT is apparent inside where Kia has used real wood trim and rich leather on the seats, and there's also the buttonless, touch-screen infotainment system; rear occupants will have flat screen monitors with Internet access.
Based on a chassis shared with the rear-wheel drive GT Concept, which we first saw at the 2011 Frankfurt Motor Show, the fullsize Cross GT crossover is powered by a 3.8-liter V6 paired to Kia's hybrid system that gives the luxury crossover a combined output of 400 horsepower and 500 pound-feet of torque, as well as an all-electric driving range of 20 miles. The engine is paired to an eight-speed automatic transmission, which helps send power to the wheels through an advanced, torque-vectoring all-wheel-drive system