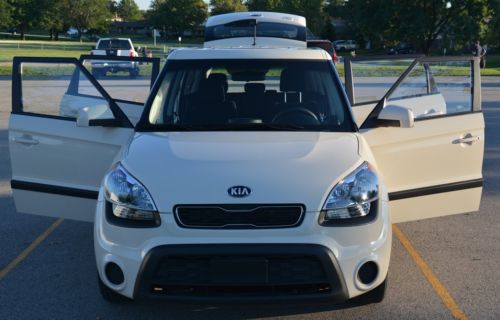 Teenage passengers are often among the first people I turn to for second opinions about a test vehicle. While they understandably aren't allowed behind the wheel - most aren't even old enough to drive - their honest and generally unbiased observations, coupled with a complete lack of understanding about what a particular vehicle costs, can provide a wealth of insight.
An open-minded approach is especially important when taking a closer look at the 2014 Kia Cadenza, a premium sedan from an automaker best known for providing affordable transportation for entry-level buyers. But unlike the Rio and Forte, low-priced compacts designed to cater to consumers looking for fuel economy and value, this more substantial four-door sedan asks for twice the out-of-pocket investment in exchange for promises of luxury and technology.
With an impartial mindset and a genuine curiosity, I recently spent a week with the more substantial Cadenza to see if it could live up to its aspirations.