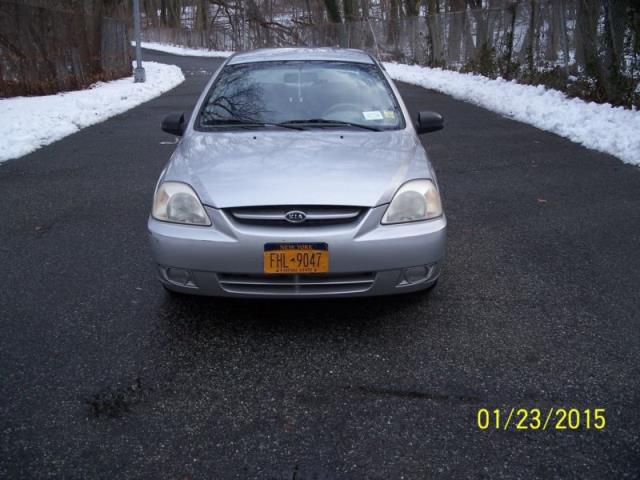 The 2014 Soul is bigger and more refined, and Kia says its look has been inspired in part by the Track'ster concept. Interestingly, European buyers will get the option of a different look than what we'll see in our showrooms. They'll be able to specify the SUV Styling Pack seen here, which includes matte-black cladding on the front and rear fascias, along with what Kia refers to as piano-black trim on the wheel wells and side skirts. The roof is available painted black, white or red. With all of that black trim and slightly tougher look, the styling reminds us of the Fiat 500L Trekking, a model the Soul will compete directly against.
European markets also have the ability to spec their Souls like our North American version, which substitutes body-color trim for most of the black pieces. Currently, there are no plans to bring the SUV Styling Pack to the US. But that doesn't mean we'll never be able to buy this butch-look Soul on our side of the Atlantic. Company spokesperson James Hope confirms to Autoblog, "[Kia] has no plans to offer something similar to the EU-spec Soul at this time. However, we are always monitoring the market and if we saw an opportunity we would certainly look into it."
Feel free to peruse the press release below for more details on the Euro-spec Soul - which is slated to debut at next month's Frankfurt Motor Show - and then let Kia know if they should bring the SUV Styling Pack here by participating in our poll below.

The UK arm of Kia just released a teaser image (click to enlarge) for a new concept car that will be unveiled next month at the Detroit Auto Show. With little information to go on, the single overhead shot of the unnamed concept shows that it will be a two-door hatchback with a 2+2 seating configuration.
The brief press blast, which is posted below, promises that this is a new concept vehicle, so it's unlikely that it has anything to do with the similarly shaped Provo Concept that Kia showed off earlier this year at the Geneva Motor Show. Kia says that it will release more images of the concept soon, but it won't divulge the full details about the car until Detroit.

After skipping the 2013 model year and returning for 2014, the Kia Sedona is getting a full redesign for 2015, which we see for the first time in these new spy shots. The new Sedona isn't going to look as much like the 2011 KV7 Concept as we had hoped, but we definitely see some key styling cues from the Kia concept minivan.
Even though it's covered in heavy camouflage, we can see that some of the KV7's cues on the 2015 Sedona include the vertical front marker lights, the horizontal taillights and the pinched beltline starting at the C-pillar. Kia's trademark Tiger Nose grille is present and accounted for, as is the telltale dip in the windshield.
All in all, the next-gen Sedona already looks to be a significant improvement over the current, generally boring model, which dates back to 2006 and has a striking resemblance to the Ford Freestar. There is no word yet as to what will power the 2015 Sedona, but our spy shooter said that this prototype was most likely powered by a 2.2-liter diesel.