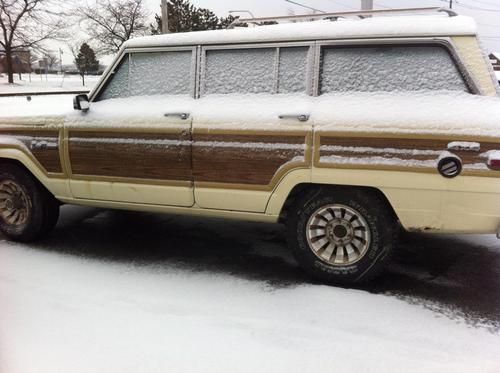 Fenders wrinkled, need replaced or fixed (I'm not a body person not sure which would be more cost effective) I found replacement fenders at a salvage yard for $75.00 a piece.  Seems like an easy fix.  Has a cpl little rust bubbles near back tire quarter.
Solid frame.
Power seats. Power Windows. Power Locks.  Back window in lift gate even works.
New radio installed
Runs solid. New plugs, wires and distributor.  The Carburator may need adjusting. Once warmed up its a beast.
8 cylinder

4 wheel drive works
Bought it for a project. But could be a daily driver.
Really cool older vehicle!
Unfortunately we have other priorities.