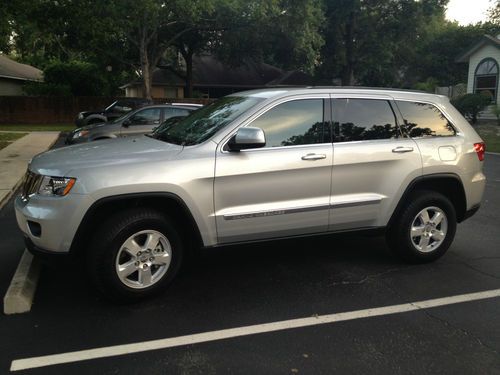 This SUV was purchased NEW by me 2 months ago from Airport Chrysler Jeep in Orlando Florida. it's paid off and have the clean title under my name. this is basically a brand new car for which i paid $32000.00 after all fees.

I'm NOT A DEALER, reason for seliing is because a good investing oportunity presented to me and i need the cash. than being said, i'm not interested in any kind of trades.

Buyer is responsible for vehicle pick up, i will not ship.

This is a NO RESERVE AUCTION!

Please don't hesitate to ask any questions, i will be happy to answer them in a timely manner.

$500.00 dollars deposit is required 48 hours after the auction ends, and remaining balance is due within 14 days of auction's end.

Specs as per Manufaturer: