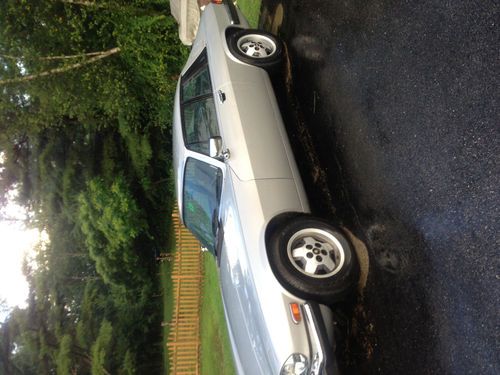 Condition: UsedA vehicle is considered used if it has been registered and issued a title. Used vehicles have had at least one previous owner. The condition of the exterior, interior and engine can vary depending on the vehicle's history. See the seller's listing for full details and description of any imperfections.Seller Notes:"very little rust, garaged, ca car, new tires, small dent in front (see pic) , interior fair to good , small tear in seat, needs battery, ac needs work , gas gauge sticks, headliner starting to fall, can let buyer talk to mechanic, can also send video or more pics of car. it was on the road last year"