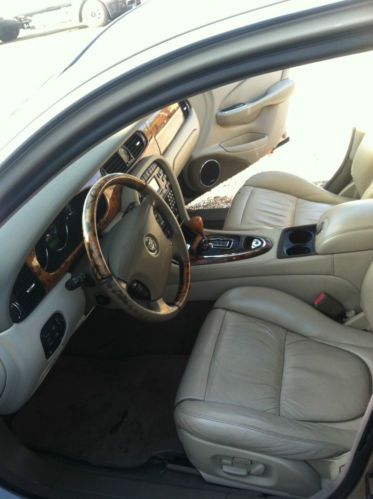 If you still find yourself coming up a few seconds short per lap in your Jaguar XKR-S, the British automaker has introduced the XKR-S GT - a cat specifically tuned for the racing circuit - at the New York Auto Show.
While Jaguar has left the supercharged 5.0-liter V8 unchanged (550 horsepower and 502 pound-feet of torque), it has tuned and tweaked all the items that really make cars go quicker on the track (e.g. suspension, aerodynamics, contact patches, brakes). A once-over reveals upgraded go-fast goodies including a new ventilated hood, extended wheel arch spats, reworked front end with a bespoke front splitter and canards, a massive rear wing, height-adjustable adaptive dampers, active exhaust, carbon-ceramic brakes and sticky Pirelli Corsa tires. Try as we might, the driver in us can't find anything we not to like about this enthusiast-tuned coupe.
Of course all of the upgraded XK goodness doesn't come easy, or cheap. Jaguar will limit North American sales to just 30 units and price each at $174,000. Learn all the juicy details in the official press release below.