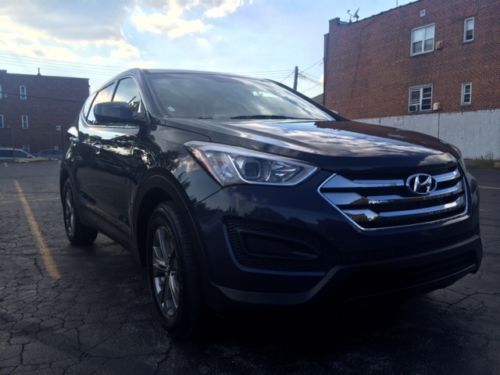 Despite launching in late 2011, Hyundai has managed to keep its funky Veloster hatchback relatively fresh in our minds, with the Turbo and R-Spec, several special edition models and even a cloth-roofed concept. Here at the 2014 Chicago Auto Show, we're seeing the next iteration of Veloster creativity, the limited-edition Re:Flex.
The Veloster Re:Flex isn't a hugely different car from the standard hatchback, and the theme of this car is chrome, chrome, chrome. Hyundai has added 18-inch chrome-finished wheels, chrome door handles and chrome hood accents (yep). There's also the usual Re:Flex badging on the actual hatch itself. Inside, the Re:Flex gets full leather seating, in either black or red, and the car can be purchased in a new Ice Pearl color, in addition to Century White, Vitamin C (orange), Ultra Black and Boston Red.
Hyundai is only offering the Re:Flex edition on the base Veloster, powered by a naturally aspirated 1.6-liter inline four-cylinder engine. All Re:Flex models are fitted with the company's six-speed dual-clutch automatic transmission (sorry, manual fans).

Hyundai has held an IDEA festival for the past three years that gives its engineers a break from seat belts, and electrical harnesses and wheel arch moldings. Each festival serves up a theme for personal mobility, after that there's no limit - competing teams can come up with anything that serves the theme and are encouraged to get creative.
That's how you get concepts like the E4U 'egg car' (pictured); a single-stander mode of transportation that channels Mork from Ork. The oddest thing about the egg is not the yellow shell but the helmet the 'driver' wears. Other ideas included a flying car with 16 (!) rotors, a bicycle that could serve as a spare tire and a car with five joints. Although most appeared totally impractical, all were totally cool.
This year's festival is in the works, the theme being the rather ambiguous "R&D for customers," the point is apparently to come up with concepts that Hyundai customers might actually use. There's a video with scenes of last year's festival and a press release below (our vote goes to the Pandora).