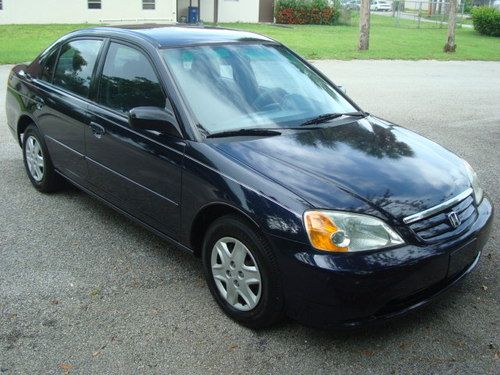 Here for sale is a 2003 Honda Civic Lx 4 Door, Blue with Grey interior, ONE OWNER from NEW. The car have 168070 Miles and it is in great shape. I got an AUTOCHECK Report and it's *89, the highest that I have seen on Autocheck for a used car. Tires in Great shape. Reliable and Cheap to Run. Bid with Confidence. Any Questions Just Ask.