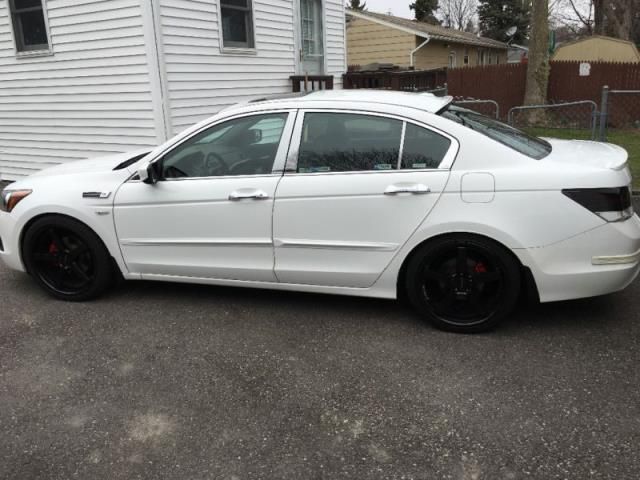 Odometer: under 55k. Very clean, nice looking Honda Accord EXL, lowered with 20s, black rims, all black leather interior, these cars in white do not come with black interior that was a 5000.00 Dollar expense . Inside and out is HID lighting. Ground effects kit . Remote starter . Brand-new battery new brakes and rotors all the way around. Also factory wheels with brand new master craft gripper 2s.
EMAIL : richardsoneugenioago@yahoo.com