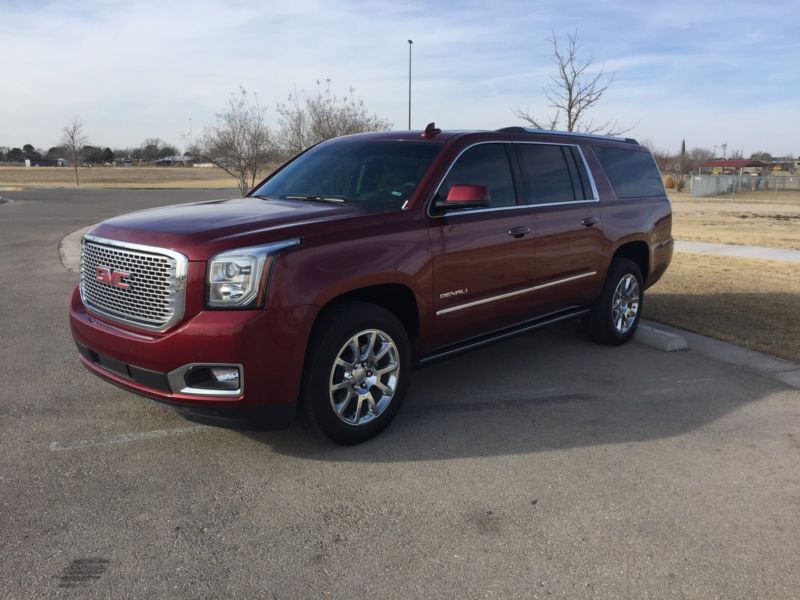 For more pictures email at: leonilalbbuvens@uk2k.com .

$60,000 Firm
2016 Yukon XL Denali -- Like new!
This car is loaded with every option, it's the Cadillac of Yukon's. One owner car and can have the title in hand
within a matter of days. Owner changed mind and wants to get into an Escalade Platinum. Don't miss this deal!!
Won't ever see one this cheap at the dealer this new. Originally $78k on sticker price(pictured) get in this for
$60k like new!!!
The Denali still has plastics on the digital controls and tags on seats.
-2016 Denali Yukon XL
⁃ 4wd 6.2l engine, 8speed trans
-Crimson red exterior on chrome 20" wheels
-Cocoa/Dark Atmosphere interior
⁃ Heated and cooled seats
⁃ Rear TV system & Sunroof
⁃ 4gLTE Wifi system
⁃ Powersteps, power lift gate
-4,000 Miles as of now still driven here and there
Car is ready to sell.