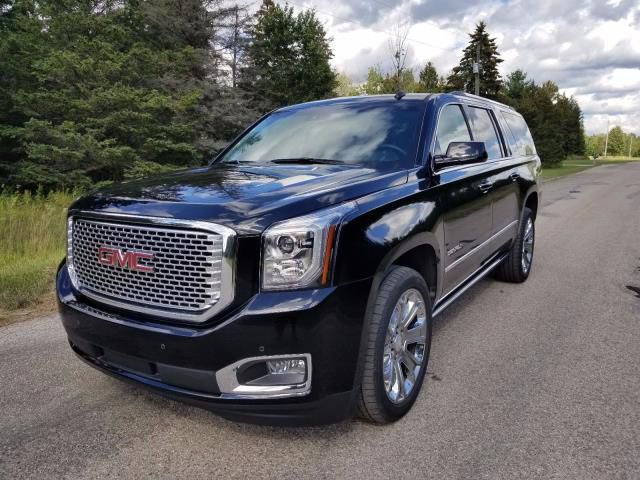 Send me questions at : jasun_franzke2@aol.com Selling my 2015 GMC Yukon XL Denali That has a 6.2L V8 with only 19,663 Miles.Very clean inside and out. The Yukon Sits on 22" Denali Rims, its a black Exterior and black interior, Runs and Drive Excellent Without any Problems. Someof the Features on the Yukon are: All on Power, Key-less Entry/Start, Blind SpotAlert, Power Lift Gate, Heads-up Display, Lane Assist, AM/FM/SiriusXM Radio, 2DVD's, Navigation System, Onstar, Phone, Bluetooth, Parking Sensors,Back-up Camera, Heated/Cooled Front Seats, Heated Rear Seats, Sunroof, HIDHead lamps, Power Running Boards, Roof Racks, Towing Package, 22 Inch DenaliWheels, and more has every option a Yukon could have.