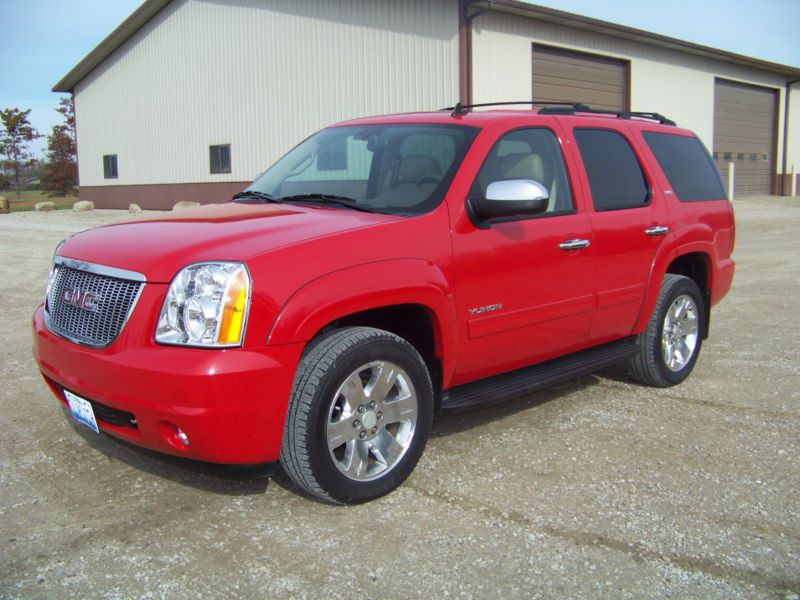 Feel free to ask me any questions about the car : margaretambbouknight@ukfriends.com .

Yukon 4x4, this particular color is very rare and hard to find, it is loaded, including chrome package which also includes the denali grille, it has the factory 20" wheels and tires, it has aftermarket painted to match fender flares on it also which makes the car look so much more complete, the interior is very clean and is tan leather in color, has factory dvd system for the kids, also navigation and heated seats and so on.