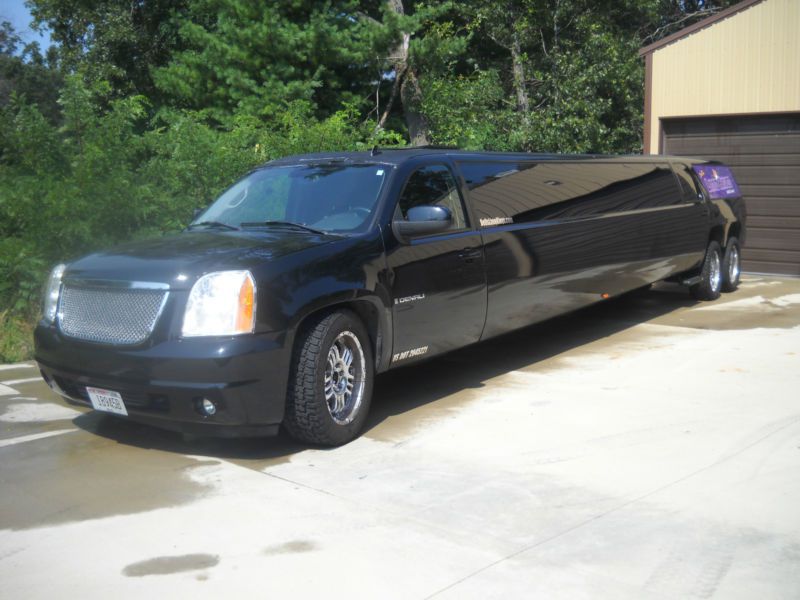 I am always available by mail at: helenheemano@ukgo.com . 2007 Yukon Tandem Axle Limo
This vehicle is actually a 2007 Yukon but I have changed the grill and added the Denali emblems so it looks
like a Denali. This vehicle has all working and in good order parts, It has trailor brakes on the tandem axle and
has passed DOT inspections in New York and Wisconsin. I have changed all parts that needed to be change also two
new front tires and new side steps for people to exit limo. I rent this limo for $225.00 per hour and get so many
heads to turn. *I have recently added some pictures, the one that shows the cluster on the dash shows a few lights on. 3 of the
light can easily go out with the insertion of the ABS fuses. I removed them because if you are exiting the
interstate the Stabilitrac would kick in and it causes the brakes to pulsate, which is fine on a normal vehicle but
not a 37 foot long Yukon. I get all of my work done at a GM certified dealer and all of my maintenance can be
documented. I have no problem getting it for you.