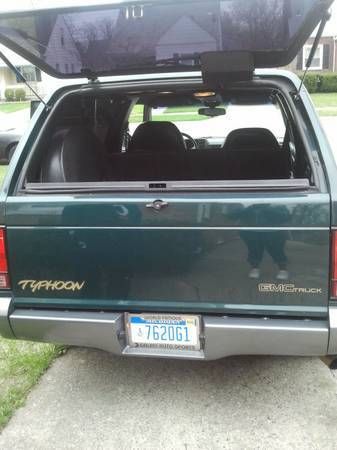 I hve a 93 gmc typhoon truck collectible it has 63,582 original mi never seen snow its a very sound vehicle.No rust with blk leather interior in excellent condition .It has new tires kenwood cd,mp3 with bluetooth new pioneer speakers 4.3 vortec turbo engine very fast vehicle the price is negotiable asking 14,000 bluebook 18,000 also had carfax uyou can contact me or text at 313-457-4635 Thank u