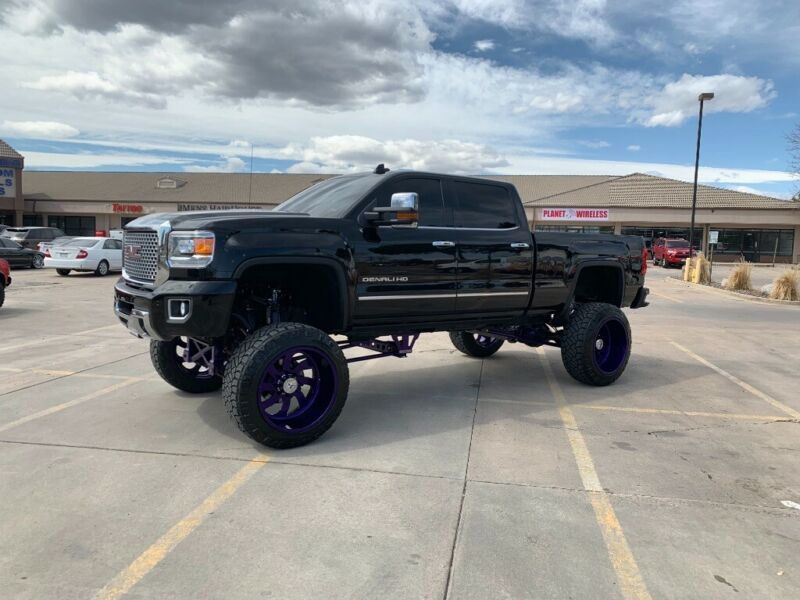 I am selling my 2016 GMC Sierra 2500 diesel pick up truck it has a 12 inch lift Cognito it is Fully loaded have two
sets of wheels with brand new tires first set is a 24 inch American force that match the Lift color The other set
is 26 inch specialty forged The truck is tuned and deleted I have all the factory parts Has four train horns under
glow that is blue at night has a custom system two 12 inch JL audio Truck is spotless has 45,000 miles