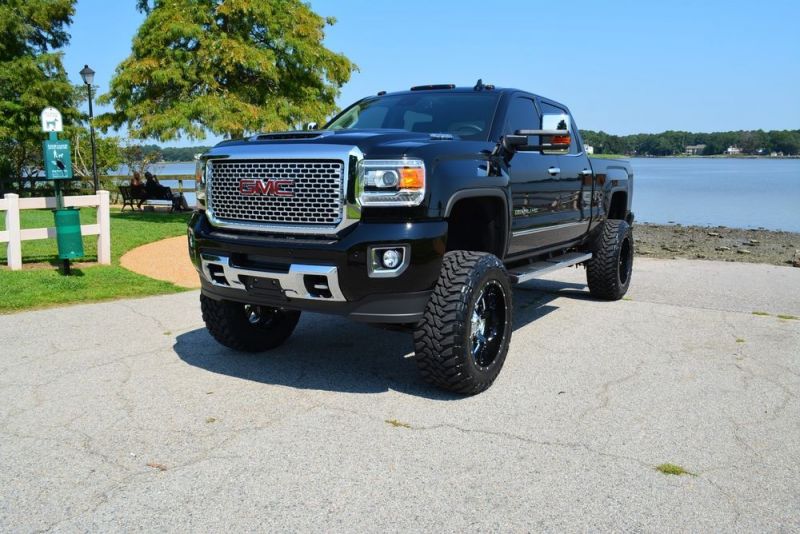 For more pictures email at: tamekatffurch@ukdealers.com .

This 2017 GMC 2500HD Denali diesel is hard loaded with options such as backup camera, heated and cooled seats,
power sliding rear window, power sun roof, Lane Departure Warning, Safety Alert Seat, Front and Rear Collision
Alert, power heated mirrors, LED Cab lights, XM radio, WiFi, Bluetooth, and OnStar etc. This Denali also comes
equipped with the all new for 2017 6.6 L DURAMAX diesel engine with 445 HP and 910 ft. lbs. of torque, making it
their most capable diesel in their line up to date. The aftermarket upgrades include a FabTech lift with their
specially engineered Dirtlogic shocks, Toyo M/T 37/13.50/22 tires, Fuel 22 x 12 Maverick two piece black and chrome
wheels and window tint. In my 30 years of experience with 4-wheel drive vehicles, this truck has an exceptional
ride, better than factory, with this setup.
All remaining factory warranties apply to include a 5 year/100,000 mile powertrain warranty.
This vehicle is in pristine condition, no accidents, no gimmicks, no stories, no disappointments,