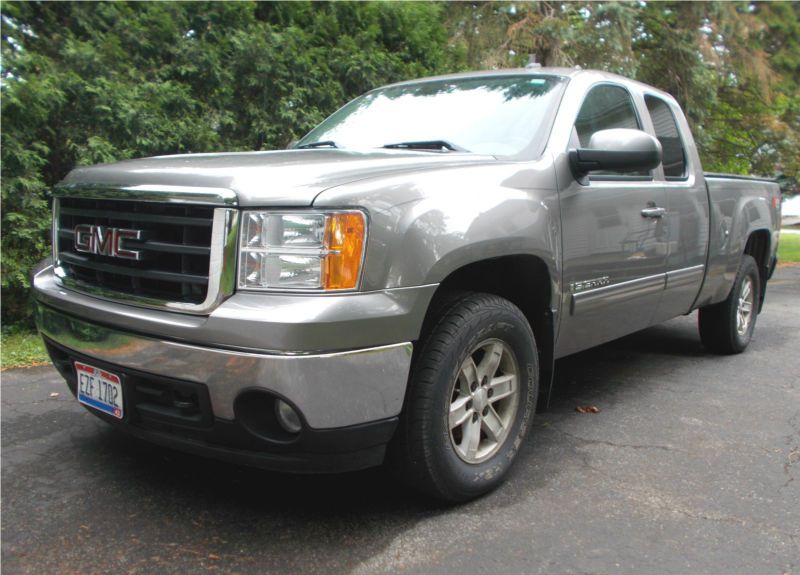 Just email me at: fatimavolper@net-c.cat .

Here is my 2007 GMC Sierra 4x4 SLT extended cab. I am the second owner and purchased the truck in 2010, after a two
year lease. The truck is very reliable and ready to drive anywhere. I do drive it almost 100 miles daily, so the
listed mileage is subject to change. It is loaded with all the options and everything works great. Tires and brakes
are both less than 2 years old and at approx 60% plus. It does have a couple dings in the front bumper and one on
the rear passenger quarter, but looks great overall. Interior is also in overall good shape for the mileage, with
some normal wear and some stain on the carpet. Includes factory tow package with hitch, along with a bed liner and
tonneau cover. The truck has always been extremely reliable and has no major issues to report. Other than normal
wear, the only known issue is that the service airbag light is on. Looking to sell fast,