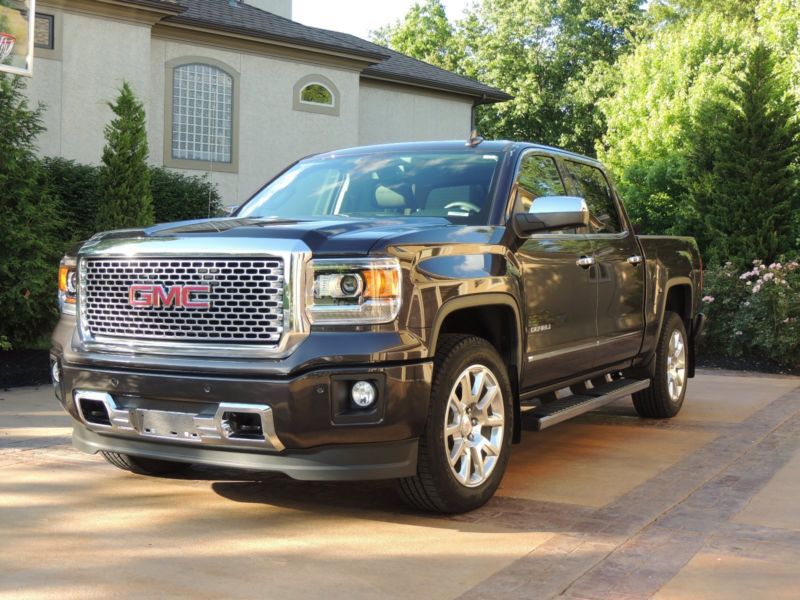 Please email me with any questions or requests for additional pics or something specific at: stellasggarcilazo@ukentertainers.com .

Beautiful Denali Truck, 6.2L - 8 Speed Transmission (over 20 MPG Highway), 4x4, with Dealer Installed Borla
Exhaust, Magna Ride Control, 4G Wireless Internet, Lane Departure and Front Impact Warning System, Navigation, AC
and Heated Front Seats, Sunroof, Bose Audio, Blue Tooth, Brake Controller - Towing Package, All Terrain Tires, Rear
Camera and Backup Alert System, Rear Under Seat Storage, too much to list...
Smells New, No Smoking, No Food, No Pets, Garage Kept, Never Towed Anything
Has had Molded All Weather Mats in since new so carpet is spotless. OEM Carpet Mats and All Weather Mats included.
Installed molded mud flaps when new so there are no rock chips behind the wheel wells, SEE PHOTOS
Original List Price = $60,350.00
$58,680 Sticker + $1670.90 (Dealer Installed Borla Exhaust and Under Seat Storage)
Small Ding in Rear Bumper. SEE PHOTOS
Other than the ding on the bumper... this truck feels, smells, and looks like a new truck.
Miles will vary slightly, truck is being drive approx. 100 miles per week.
I have more photos so let me know if you want to see more or you have any questions.