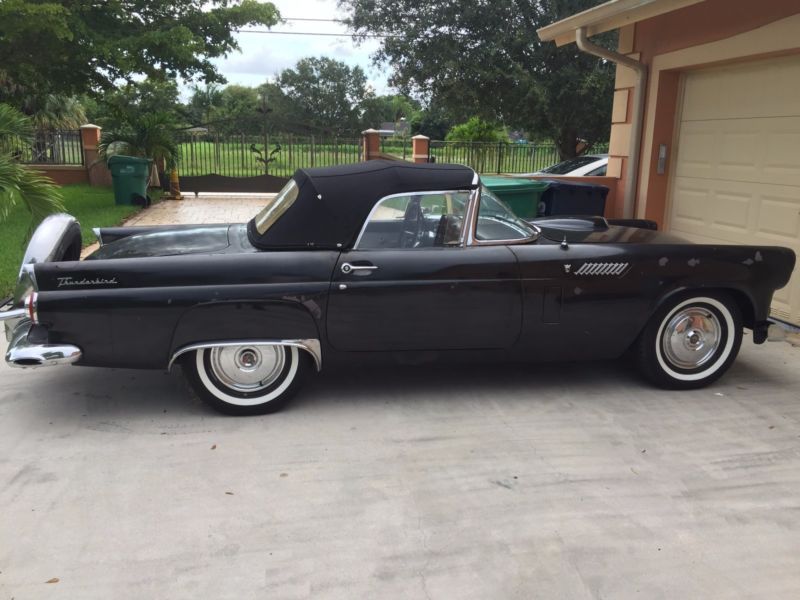 1956 V8 Hardtop Convertible. This car has both tops - the Hardtop with Porthole and the Soft-Top (as pictured).
Original 312 V8 engine, power steering, power brakes, and power seats- all of it works! The electrical works good.
The car has a cassette radio installed, however, included in the sale is the original radio that I have packed in
a box. The motor is in great shape and strong. It does not use up oil and there is no smoke. This car is a
great example of the 1956 Thunderbird with its original factory paint.