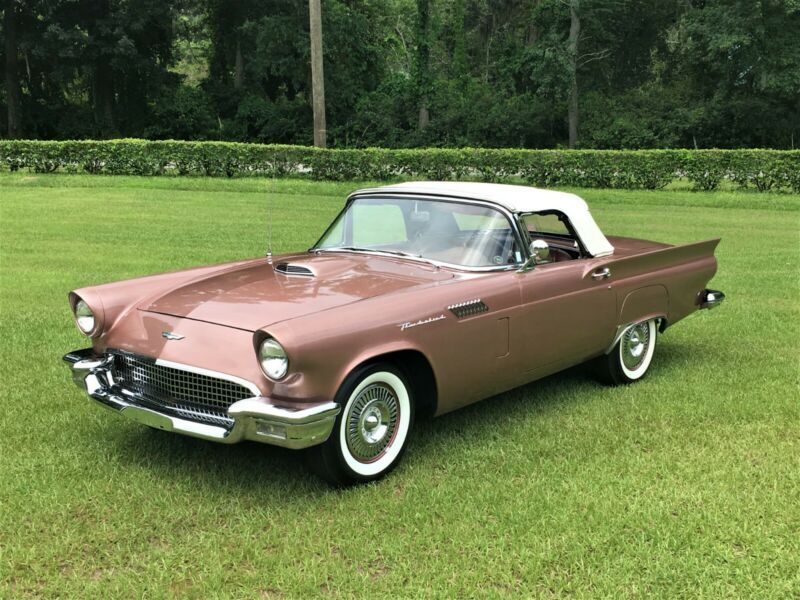 1957 Ford Thunderbird
292ci "Y-Block" V8 Engine (4 BBL, 212 HP)
3 Speed Manual Transmission
Air Conditioning (cold)
New Wide White Wall Tires
Fender Skirts
Town & Country Radio
Always garage kept and cared for
Very nice body all around and underneath
Original upholstery, dash, and steering wheel
Beautiful original car inside and out
Tidy engine and trunk compartments
Recent check up, tune-up, etc.
The original 292 V8 runs smooth, sounds great, and makes very good power. The transmission also shifts through the
gears well at all speeds. Overall, the car runs and drives excellent and is easy to drive. The A/C works and is
cold. Drives as you would expect a low mileage car to drive! It handles very well and takes little to no effort
to steer and stop. Overall, it is ready to drive and enjoy right now.