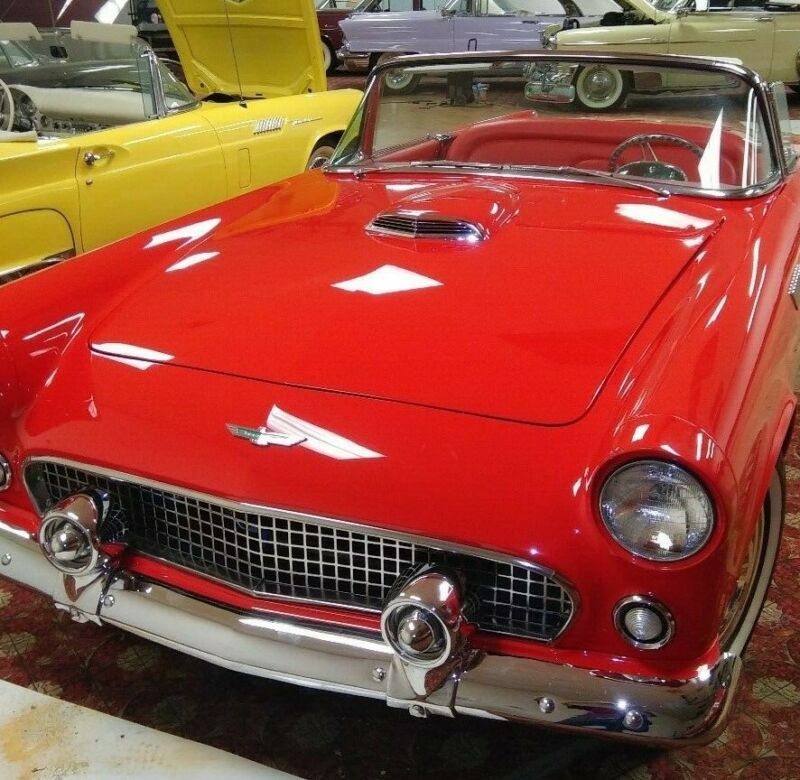 1956 FORD THUNDERBIRD CUSTOM CONVERTIBLE THAT WAS NICELY RESTORED A FEW YEARS AGO AND IS PART OF A COLLECTION OF
CARS OWNED BY A FRIEND THAT PASSED AWAY. HIS FAMILY IS NOW SELLING OFF THE 56 T BIRD CUSTOM AND OTHER CARS IN THE
COLLECTION. THIS CAR RUNS AND DRIVES GREAT . THE PAINT AND BODY WORK STILL LOOK VERY GOOD AND EVERYTHING WAS
WORKING ON THE CAR WHEN IT WAS PARKED. THE CAR IS UPDATED WITH A 5.0 ENGINE AND AOD TRANSMISSION. THE INTERIOR
LOOKS MOSTLY ORIGINAL BUT IS UPDATED WITH A MODERN AIR CONDITION AND HEAT SYSTEM. MODERN RADIO WITH A CD CHANGER IN
THE TRUNK. THE CAR HAS FRONT DISC BRAKES AND REAR DRUMS BUILT ONTO THE ORIGINAL FRAME AND SUSPENSION.