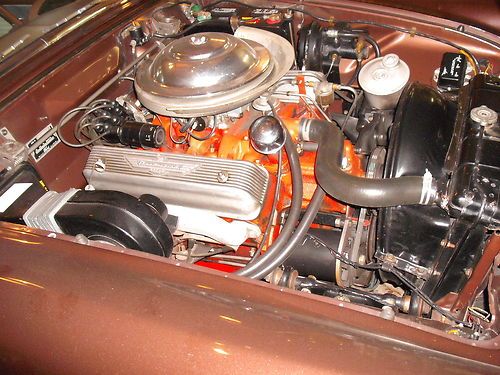 Original Purchase Price 2,956.27, sold through Madison Motors in Phoenix, AZ, rebuilt sometime in the late 1990's. It was special ordered in the Lincoln Bronze color rather then the standard ford paint colors.  A great driver but currently running a 1957 carburator and manifold, has received a few awards and trophys.  Has one rock chip and a couple of minor chips in the paint.