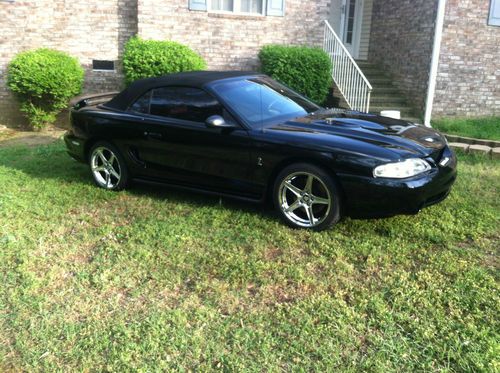 Auction is for a 1998 Mustang Cobra 5spd. I am the second owner of this cobra. 73000 miles everything works, Alot of new items,

All parts i stated are new.

THE DOWN SIDE. Car needs a synchronizer from 3rd to 4th. It sometimes grind if you are at low rpm. If you shift over 2400 rpm its not to much of an issue. CAR SOUNDS LIKE A BEAST! ALWAYS BABIED NEVER RACED!

Everything else on this car works beautifully and she sounds amazing. This is a beautiful car however i dont really need it and im no collector so im considering offers!

Car Is BEAUTIFUL 73000 miles. ALL STOCK except Flowmasters Exhaust.