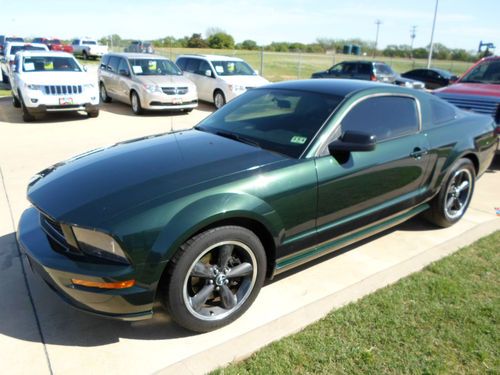 This modern classic delivers a balance of power and performance, thanks to special chassis and suspension tweaks as well as the 315 horsepower and 325 pound-feet of torque that Bullitt delivers through its 4.6-liter V-8 engine.
The Bullitt package enhances the Mustang GT Premium package with the following: