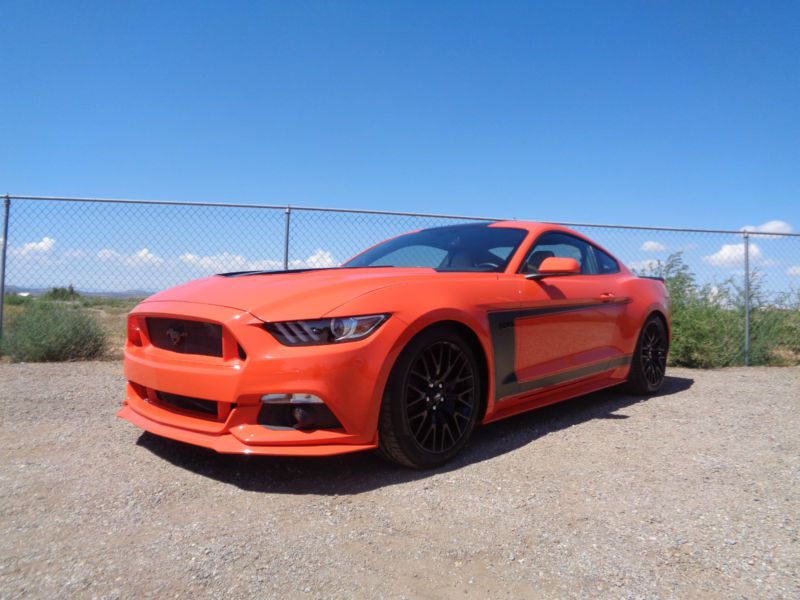 For more pictures email at: nildaflanery@juno.com .

This is as close to new as you can get! Nobody has ever sat in the passenger or rear seats. Never been on
interstate or highway. The I got the vehicle with 4 miles. IT
is a six speed manual with line loc from the factory. Here is a list of the items that I had done. -Custom Cortex
fiberglass hood with custom made grilles in the front vents. The underneath of the hood is fully refinished and has
sprayable seam sealant in the middle area to prevent any damage. All original labels on the hood have been replaced
for service info. -The original bumper has been smoothed and modified for the custom mesh grilles that were
installed in both the upper and lower grille areas. The textured moldings and lower spoiler have all been smoothed
and painted to match the vehicle -Eibach lowering springs on all four corners and the vehicle has had a four wheel
alignment -Airaid cold air intake system -The original textured rocker moldings have been smoothed refinished to
match the vehicle. -The 5.0 emblems and GT emblem have beem refinished gloss black -Roush racing rear spoiler
installed and painted to match the exterior -Stripe kit on RT and LT sides(custom made and not available for sale)
-Racing stripe kit on hood,roof and trunk(custom made and not available for sale) The sticker price on this car was
over 35,000.00 I got almost 10,000.00 in parts,labor. I have the title and there are no liens on the vehicle. Truly
one of kind mustang