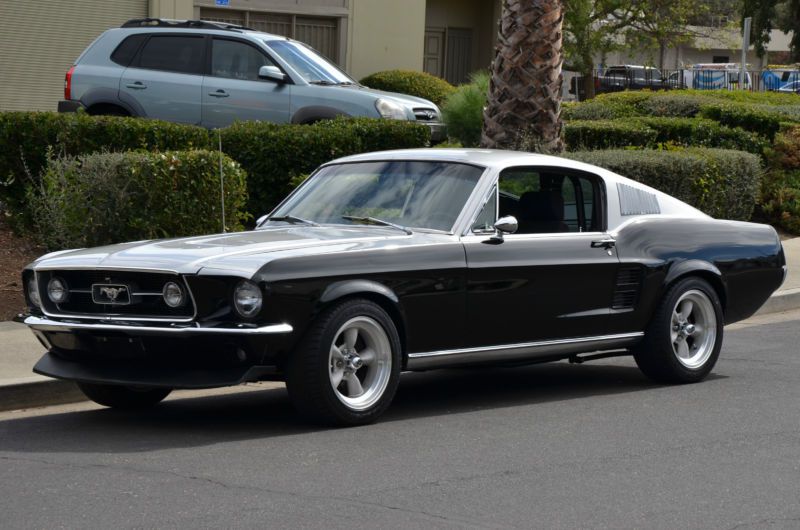 If you have questions email email me at: reikornneifert@ukno.com .

1967 Ford Mustang Fastback Silver/Black. Pro Touring RestoMod. Car originally came with a 289, but during the restoration the motor was replaced with a fully built 400hp 351 windsor. Originally a 3-speed manual, now upgraded to World Class T5.
CAR HAS NO RUST ANYWHERE!!! Original red oxide primer is still visible under neath. No rust EVER!!!! During the restoration, no sheetmetal work was ever done. A glorious 2-stage paint job, and performance modifications through out.
AC blows cold, heater blows hot, clutch is strong and crisp, engine sounds healthy and tough, keeps idle, doesnt miss, accelerates smooth, sound system is awesome, car handles incredibly, stays planted on the ground during hard cornering, overall a great car!