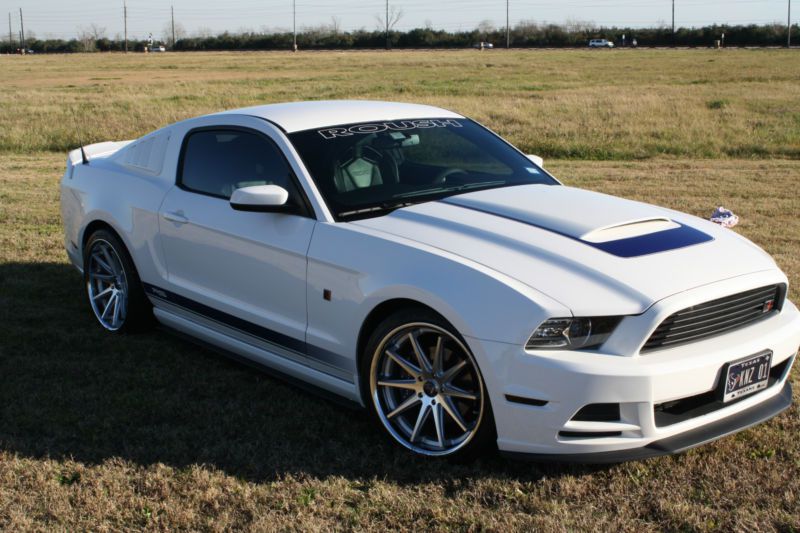 For more pictures email at: byronbbbaerga@ukgolfers.com .

This beautiful Roush Mustang started out as a 2013 v6 premium Mustang before being sent to Roush Performance and turned into a Roush RS. Most of the Roush RS Mustangs don’t have the premium package and are missing some cool options like leather interior, Track apps, onboard computer, my color lights, my key, Shaker sound system, Ford SYNC, Sirius satellite radio, voice activated Bluetooth and more. This car has been babied from the time I bought it new off the showroom floor. It is a real head turner and gets a lot of attention everywhere it goes.

Custom made caliper covers
Blue and white to match the car