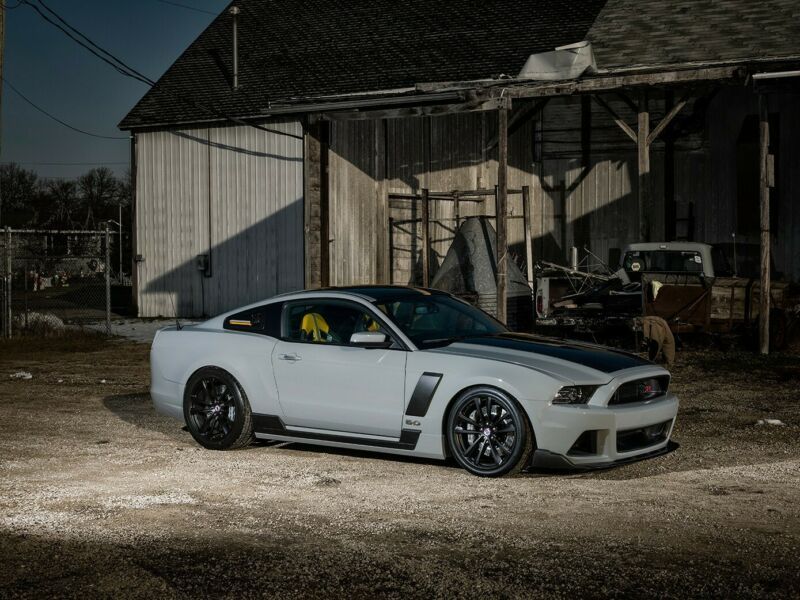 This car is 100% Ring Brothers as Ford wanted to bring some real zing to what could be done
with the late model Mustang. Search: Mustang, Switchback, SEMA and there is all you need to know. Custom Carbon
front and rear end, Carbon fiber hood (2 inserts), rear seat delete, 5 HRE 1:1 Ringbrothers Wheels; Pro Charger:
fully ducted front brakes, Baer rotors, with less than 500 miles, new 5.0 Aluminator crate engine, 11:1 with < 400
miles, Flow Master exhaust and headers, new catalytic converters, 9qt racing pan with fuel pump. The car went on
the Hot Rod tour 2015 which put on most of the miles.

No frills, too late in the year for you to test drive in Wisconsin but if you want it towed up to the Ford dealer,
or the Ring Brothers etc. we can arrange. You can come and check it out, no test drives. (I will help you out
with anything you need.) Tracked once at Road of America, March of Dimes Drive for Babies, custom race frame front
suspension not noted in any articles. Excellent for tracks, not a daily driver. Eliminated Hurst shifter, did not
work as well as expected and this car was never an automatic. The Moser rear end was eliminated due to the intended
use of the car, higher RPM than necessary for a Hot Rod Tour.