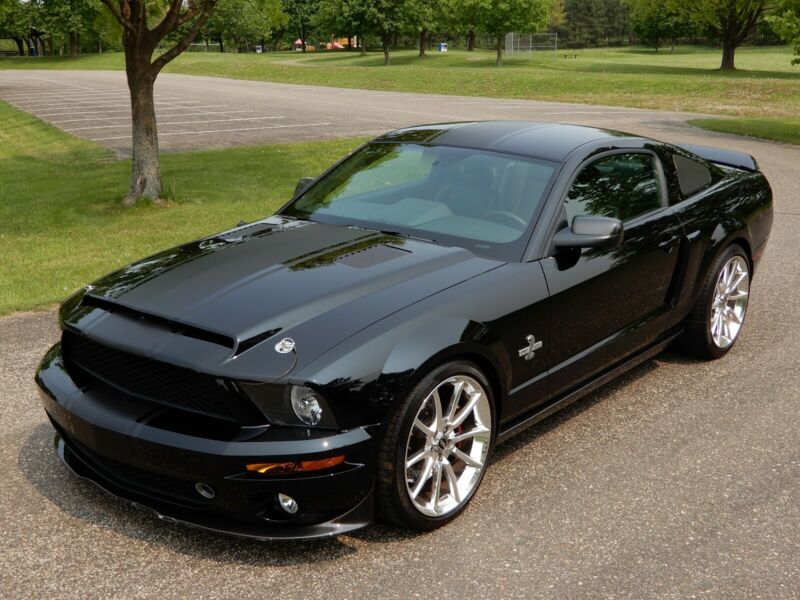 , CSM08SS0004P, black on black with satin black stripes and graphics. IThis GT500 was built in the Shelby factory in Las Vegas as a 605 hp / 590 lb-ft Super Snake. It has all the Shelby Super Snake upgrades to the engine, suspension, brakes, Alcoa wheels, Borla exhaust, 6 speed Getrag transmission
with 3.73 rear axle, exterior modifications, and interior modifications.

The car is all original, and exactly how I bought it. It has some minor blemishes (see pictures below), and it has
the original Pirelli tires that have about 40-50% tread left. The interior is virtually flawless with almost zero
wear. It drives very well, all electronics and heat & air-conditioning work well.