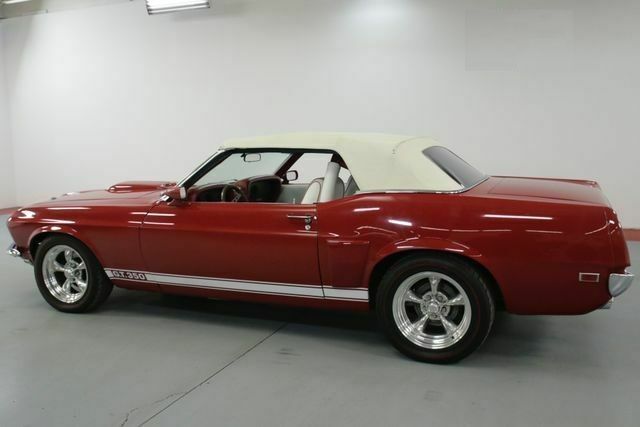 1969 Mustang in excellent condition. This car has been restored from top to bottom. It has a newly rebuilt 351 V8
with less than 6,000 miles since the rebuild. It has a 4 speed with new clutch. It has duel exhaust and 4 wheel
disc brakes. The paint is in great condition and the color is Candy Apple Red. It has the Shelby Theme with
excellent chrome. nice white top, American Racing wheels.

The interior has nice white seats with red piping, a Hurst shifter, nice padded dash, and after market steering
wheel. Everything works as it should and it gets a lot of attention wherever it is driven. The engine has been
detailed with chrome and polished parts and looks amazing. Even the water pump has been polished before being
installed. The car starts and runs great and sounds amazing too.