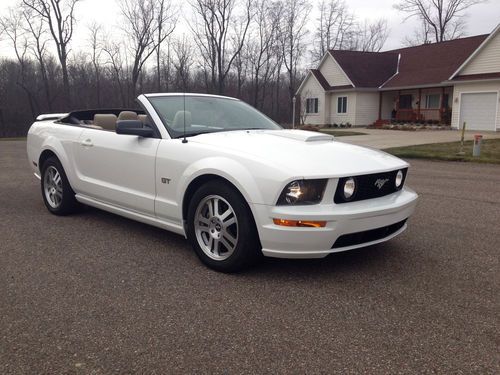 Up for auction is our 05 Mustang GT convertible. 4.6 V8 with the 5 speed auto transmission. Really decent highway mileage. Power top closes and seals well. Low miles, stored in winter. Tires still decent, another year or so I would guess. I have the pony wheel centercaps, a little different from all the others. Hard to find white with camel interior. Runs great, everything works, drives great.  We are two hours east of Chicago, 3 hours west of Detroit, just a few miles off I-94.  Any questions, please call Randy @ 269-208-2330.

Thanks and Good Luck bidding!