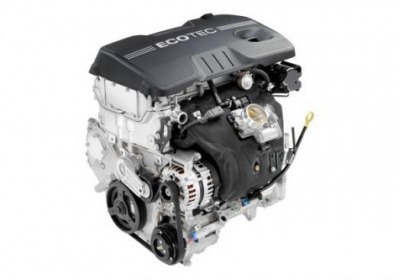 In the automotive realm, marketing can sometimes prove just as important as the actual product. Take, for instance, Ford's well regarded EcoBoost technology, which couples turbocharging with direct injection to produce more horsepower and reduce fuel consumption. Would it surprise you to hear that General Motors has had similar technology on the market for over three years?

It's true. GM's first turbocharged, direct injected powerplants hit the market for the 2007 model. The 2.0-liter Ecotec mills put down an impressive 260 horsepower and a matching 260 pound-feet of torque, and they were lauded by the press in the engine bays of the Pontiac Solstice, Saturn Sky, Chevrolet Cobalt SS and Chevrolet HHR SS. But few people outside a core group of enthusiasts actually remember this fact.

Says Uwe Grebe, executive director of GM's global advanced engineering, "We didn't have a badge and say, 'This is the most important thing we will put on all our brochures.'" Ford, however, did just that, and it's EcoBoost engines are right at the tips of all our tongues when we discuss today's most advanced powerplants. So, how does The General fix its mistake?

Well, that's a tad complicated. "It would not be good to say, 'This is EcoBoost, only better,'" explains Grebe. "People need to know what it is," but "people don't want to know every detail of the technology."