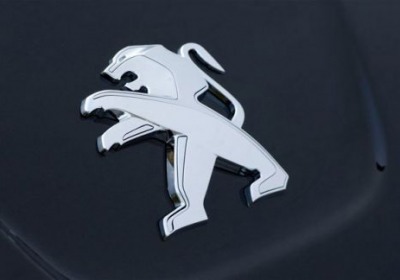 Pots and kettles, glass houses and stones – that's a little of what we appear to have going on in the European car market. New reports say that that three European automakers have registered their opposition to a loan deal that PSA/Peugeot-Citroën is working on with the French government. Peugeot's finance arm, Banque PSA Finance, is struggling with its debts and has been downgraded by Moody's to its lowest investment-grade classification, one step above junk. This makes it more expensive for a potential buyer to finance a car through Peugeot. The last thing Peugeot needs is more difficulty selling cars in the tough European market, and the situation will only worsen if the bank's credit worthiness takes another hit.

A deal being worked on would have the French government offer €7 billion ($9B U.S.) in bonds to guarantee the bank's loans, which would give the institution some breathing room to manage its debts and lower its interest rates. Outside of that, a group of banks would provide other, non-guaranteed loans to the bank to further help its position. In exchange for state help, though, the government wants seats on Peugeot's board for worker representatives and a government liaison, along with factory and worker guarantees. The Peugeot family would maintain control of the company.

So what we have is government assistance being provided to a car company's finance arm, akin to the way General Motors' GMAC (now Ally Financial) and Chrysler Financial got help in their time of need. What we also have is Ford and Renault, and Germany's State of Lower Saxony, the second-largest shareholder in Volkswagen, voicing their concern about the proposal, because they say it could create an unfair competitive advantage for Peugeot. Everyone in Europe's down market is fighting for every sale, and if Peugeot gets help to keep its auto loan costs down, it figures to help buyers choose Peugeot or Citroën.

Still, after four years of corporations openly begging for funds from governments, it seems disingenuous for Ford of Europe's CEO Stephen Odell to say "I don't think it's sustainable for support from governments to keep competitive companies going forward, particularly in a protracted downsized economy." Industry watchers will remember that during the US auto industry crisis, Ford didn't receive federal TARP funds, but it did receive low-interest technology loans from the US government and it endorsed TARP support for GM and Chrysler.

For its part, Renault says it is keeping an eye on the situation, and a rep from Lower Saxony said he might refer the issue to the European Union for review. In reply, a Peugeot executive said "It's not state aid, it's state support," which is the kind of slicing-things-thin that's perhaps better used for carpaccio than for dealing with the European car market situation.