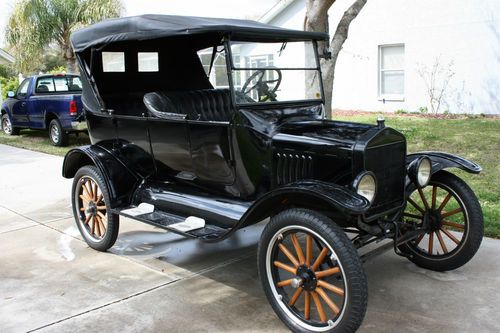 A very rust-free and dent free example of the Model T Touring Car.  Original interior except the rear seat has been re-covered. Solid car that looks good and runs good. Good top, good glass, no side curtains.   Not a show car, but it has the potential. Hard to find one better!  A reasonable price for a car this good, and a "fairly" firm price.  Email me with questions, and if you get serious, we'll talk via phone.