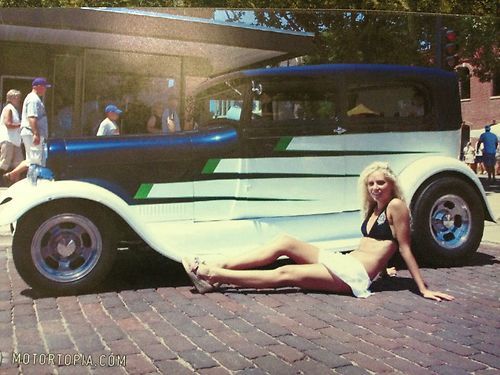 For Sale 1928 Model A Sedan. Car has a 350 with automatic trans. Air, cruse, tilt. Has a 60's corvette rear end, Bell drop front axle. This car has been made 18" longer for more room and a better ride. Has a 3 1/2" chopped top. Wind shield is cut and angled back. Car runs and drives great. Is a older restro, but would not take much to up date. Has a few flaws NO dents or rust. You will not find one like this anywhere.