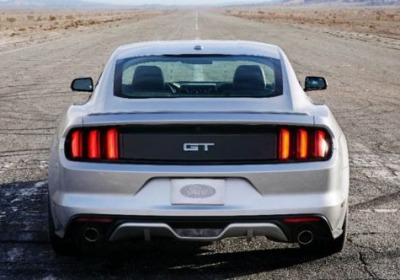 Whether it's lane departure warning, blind-spot monitoring or automatic emergency braking, most of the electronic systems we see emerging on new vehicles focus on safety. But there are some there just for enthusiasts. We're talking about systems like automatic throttle blipping for perfect downshifts, or launch control to get that textbook acceleration from a standstill. But the latest system could prove just the opposite of the latter.

Although it has given us most of the details, Ford is still keeping certain elements of its new Mustang secret. But emerging reports may have the skinny on one system which Ford is trying is darnedest to keep under its hat for the time being. That, according to unnamed sources cited by Motor Authority, is burnout control.

The system is reportedly designed to help novices execute the perfect smokey burnout – sort of like launch control, but specifically the opposite. The system could, according to elaborative speculation, lock the front brakes while spooling up the engine to optimal revolutions before dumping (or indicating the driver to do dump) the clutch. A cloud of tire smoke and a long pair of skid marks would then ensue.

Like the aforementioned rev-matching and launch-control systems, you'd probably have to specifically enable it, thereby leaving pros with the ability to execute their own burnouts. Of course this could all prove to be nothing and go up in a cloud of smoke, but one way or another we should find out soon enough.

See also: 2015 Ford Mustang revs it up at Cars & Coffee, Ford open to diesel, hybrid or electric Mustang? [w/poll], Mulally to stay at Ford through end of 2014 at least.