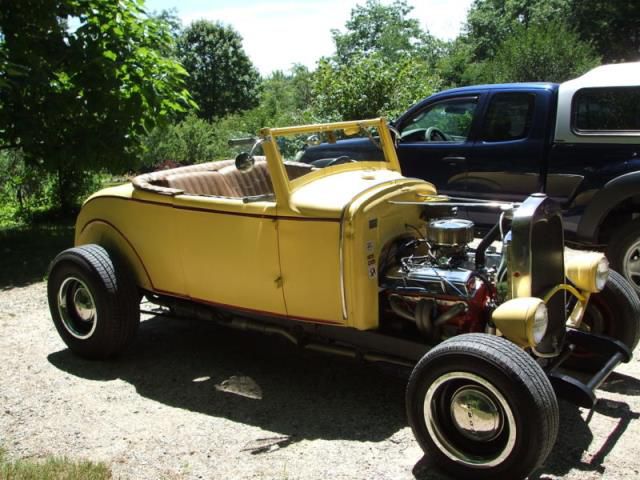 If you have any questions about this please feel free to contact me via e-mail : schluetermotormoutht@offcolormail.com

This is a Steel Body 1931 Ford Coupe Chopped down for a removeable soft top.. This Hot Rod was built in 2004 and has a 350 chevy motor, with a Saginaw Transmission Hurst shifter and an S-10 rear end.. It is on a custom built boxed frame ..Disc brakes in front.Aluminum radiator.All Lights work, wind shield wiper.. This is a good running hot Rod that I just Bought and drove home from 92 miles away.. Look at all the pictures.. Some have the top on and some have the have hood on also. It has a certificate of verification as a Street Rod from the NH Highway Patrol..