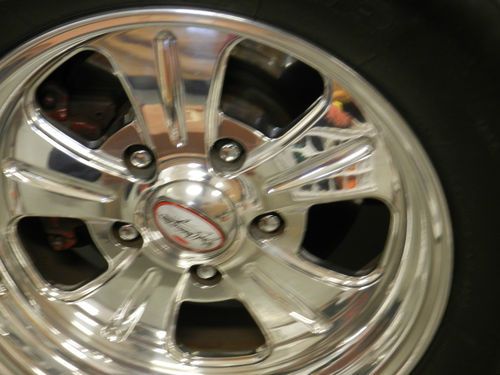 Nice car. I have dearly enjoyed it. It is built right.........wish I could take credit but I traded for it a few years ago. No rust, solid car.

100% steel, top chopped 4" and filled. Hood stretched 6". doors fitted inside openings. Doors have recessed hinged (hidden). All seams are welded and smoothed. All the wood has been removed.

SS brake lines and hoses. aircraft AN fittings. SS gas tank mounted inside the frame on the right side. SS battery box inside frame on left side.

This is just a car that has been built right, pampered and a pleasure to own. I hate having to sell it. Look at the pictures, come and inspect it. You can drive this car cross country.