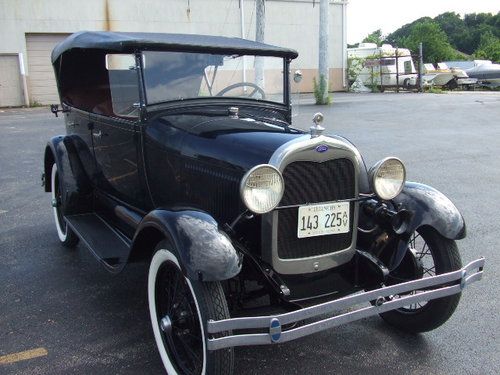 Condition: UsedA vehicle is considered used if it has been registered and issued a title. Used vehicles have had at least one previous owner. The condition of the exterior, interior and engine can vary depending on the vehicle's history. See the seller's listing for full details and description of any imperfections.Seller Notes:"Excellent, like new, showroom condition."

This is a 1929 car NOT a 1931. Correctly restored. Once a "Best of show". All parts original for Ford Model A. This car needs nothing. Everything works as if it was a new auto. Everything is rebuilt. You can drive or show anywhere. Has all "as new" side curtains. Any questions call Steve (708) 373-8507