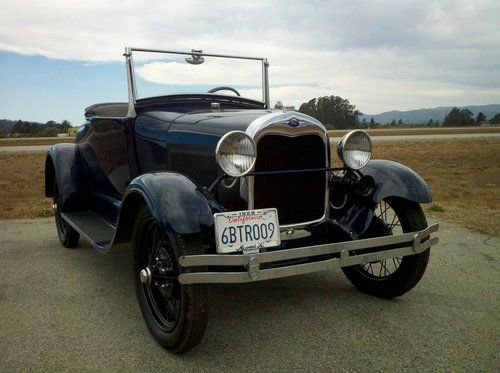 Condition: UsedA vehicle is considered used if it has been registered and issued a title. Used vehicles have had at least one previous owner. The condition of the exterior, interior and engine can vary depending on the vehicle's history. See the seller's listing for full details and description of any imperfections.Seller Notes:"Out of private collection and in great condition, some scratches and chips from use. Driven approximately 2,100 miles since frame off restoration 8 years ago. All Steel except for trunk lid is fiberglass. Top has not been restored, but frame is included."

All Steel except for trunk lid is fiberglass.

Buyer Pays All Shipping and Customs Taxes or Costs, if any.

Feel free to ask any questions before bidding.