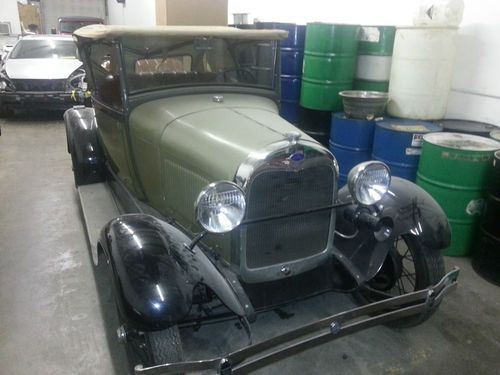 GREAT CONDITION. RUNS!!!!!! ORIGINAL PARTS, INTERIOR, ENG. EVERYTHING!!!!!LOW MILES AND WE BELIEVE MILES ARE CORRECT BUT CANNOT VALIDATE SO TMU (TRUE MILES UNKNOWN) RUMBLE SEAT AND LEATHER IN PRISTINE CONDITION.  PAINT IN BEAUTIFUL CONDITION. ONLY THE WOOD IN TOP..(CONVERTIBLE) HAS BREAK IN IT WHICH IS A LOWER COST FIX 90% Restored