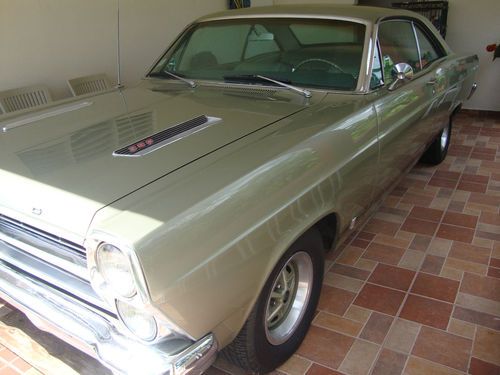 I'M SELLING MY 1966 FORD FAIRLANE GTA 390 S CODE C6 ALL ORIGINAL.THE PROS,VERY GOOD ENGINE,REBUILD C6 TRANS,FRONT DISK BRAKES,FACTORY A.C. NEEDS COMPRESSOR & BRAKETS,NEW ORIG INTERIOR,NEW FLOORS AND REMOTE MIRROR.THE CONS,BONDO ON RIGHT REAR QUATER PANEL,SOME MINOR BLISTERS  ON NEW PAINT,INTERIOR NEEDS DOOR HANDLE AND ARM REST.AS YOU KNOW I'M IN PUERTO RICO BUT SHIPPING TO THE STATES IS NOT A PROBLEM I'LL HELP YOU WITH IT AT YOUR OWN EXPENSE,ANY QUESTION E-MAIL ME AND I'LL CALL U AS SOON AS POSIBLE.( SAMMY) SHIPPING FEE NOT AVAILABLE AT THIS TIME.