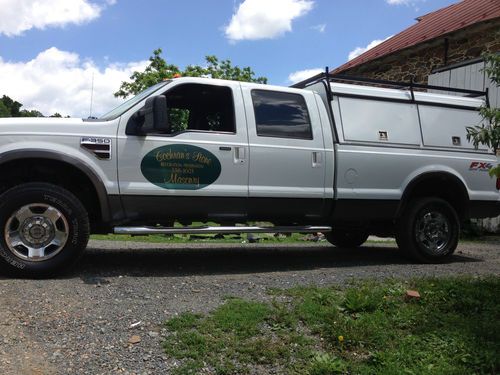 Up for sale is a 2008 Ford F350 Super Duty SRW. Included is the 8 foot backpack work cab with four lockable bins. The truck has just been serviced and is ready to go to work!! This is a good clean powerful work truck with minor dings. Don't let the Carfax scare you, the truck was professional repaired. The truck handles and drives as it should and lots of power with a low reserve. More Pictures available upon request and Carfax can be sent upon request as well. The truck is for sale locally, so we reserve the right to end the auction early.Thank you for looking!